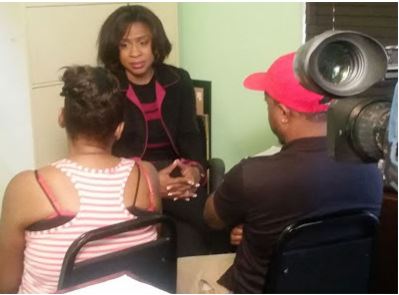 A 16-year-old boy was allegedly brutally raped inside Atlanta’s B.E.S.T. Academy, according to a report by Fox 5, Atlanta. The B.E.S.T. Academy is a school for gifted young men in Atlanta, Georgia.

According to the 16-year-old victim’s parents, who spoke to the media, their son was raped by another male student during the school day. The boy’s mum told reporters that that her son was using the bathroom when he was “ambushed” by a predator.

“The child burst into the stall and asked him to perform oral sex on him. My son told him ‘No, I am not gay’ and he was not going to do that. The child then proceeded to hit him in his face, nose and choke him. Then he entered my son and told my son if you tell anyone, I will kill you,” the child’s mother said as she sobbed.

“I send him to school to learn and be safe. You expect him to be safe because it is a school. You don’t expect nothing like that to happen in the school. Where was security?” the boy’s father asked.

Atlanta Police have confirmed the rape occurred but so far no arrests have been made.