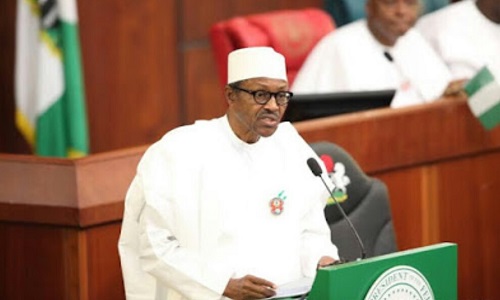 A human rights group, Youth and Conflict Resolution Initiatives, YCRI, Tuesday, gave the All Progressives Congress, APC, led Federal Government knocks over the controversies surrounding the presentation and passage of the national budget, saying the governing party was running Nigeria like a republic of touts and renegades.
It also condemned the attempt by some highly placed individuals in the Presidency to use the people of Niger Delta against the northern lawmakers to score cheap political points.
The YCRI in a statement issued in Lagos by its Director of International Relations, Mr. Efemena Agadama, decried a situation where the Presidency would present budget and thereafter secretly go behind Nigerians to pad the budget, saying the action smacked of flagrant disrespect of the laws of the federation and all norms and protocols that govern governmental decency and integrity.
The statement, read: “We vehemently frown and denounce the current unlawful system of government being forcefully deployed to becloud the reasoning of Nigerians. Nigeria should not be run like a republic of touts and renegades. There are questions Nigerians must ask the Presidency before jumping into the demonisation of the National Assembly.
“Since the Presidency has denied stealing or padding the budget, is the Minister of Transportation, Chibuike Amaechi, backed by law to pass or submit a supplementary budget? And are there not guidelines in submitting a supplementary budget to the NASS?
“The YouTube video allegedly showing Amaechi defending the Calabar–Lagos rail is not acceptable to us. The minister only made a sentence or perhaps a comment and that does not conform to presentation or submission. If the comments were not part of the submitted budget to the NASS, then that comment is null and void, because the minister was there to explain in details what the President presented to the National Assembly and not to add or subtract or tactically make a viral political video.
“We condemn the attempt to use the people of Niger Delta against Northern law makers. The law makers are following their standards and this must be protected to avoid a totalitarian state. National Assembly is the official arm backed by laws for checks and balances in a federal system. We say No to any attempt to put a knife between the Niger Delta people and northern lawmakers.
“Again, these theories and divisive tactics of strategically demonising everyone by the executive should stop. The Presidency should unite Nigerians instead of pulling down the remaining structures of unity, especially as the Fulani herdsmen are still on a free killing spree throughout the federation”.