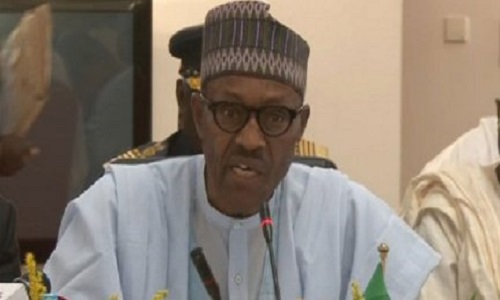 The Nigeria Labour Congress (NLC) has declared support for President Muhammadu Buhari over his decision not to sign the 2016 budget until details of the budget are transmitted to him.

Speaking at the opening of the Central Working Committee meeting of the Congress in Abuja, President of the congress, Comrade Ayuba Wabba said the President should be given the opportunity to study the budget passed by the National Assembly before assenting to it.

“In spite of the initial controversy around the national budget, it has been passed by the National Assembly. The National Assembly is deserving of commendation for going through the budget with a tooth brush and for exposing the imperfections in it,” he said.

“President Buhari is equally deserving of commendation not just for the courage in expressing outrage at the criminal padding of the budget by the budget cabal but for having the single-mindedness to deal with this situation.

“The passage of the budget is expected to open or free up the economy. Our observations will not be complete without commenting on the decision of Mr. President to withhold his assent until the details on the budget are transmitted to him by the National Assembly.

“First, it is within the province of Mr. President to so do as a matter of personal style or principle. Moreover, we have had a presidential precedent. But beyond all this, it is pertinent to note that, the right of due diligence which the National Assembly exercised to the hilt and led to the unearthing of discrepancies in the budget should similarly be extended to Mr. President. Accordingly, we identify with his position that the details of the budget be first transmitted to him, in spite of the challenges this might present,” Wabba said.

The NLC also warned that frequent and constant scarcity of petroleum products will not be acceptable to Labour and other Nigerians because the human and economic costs are unimaginable.

“When the first incident of fuel scarcity occurred under this government, we put it to sabotage and urged the government to deal decisively with the saboteurs but with an eye to enhance local production as an enduring solution. When the second incident happened, we similarly reasoned the same way.

“However, with the latest incident of prolonged scarcity and confession by the Minister of State for Petroleum Resources that scarcity will persist till May as he is not a magician, regular scarcity might as well be a familiar feature, and we would do well to brace ourselves for long spells, except government does the needful.

“We must however make the point that spells of scarcity will not be acceptable to Labour and other Nigerians because the human and economic costs are unimaginable.

“While we appreciate government’s effort to make available on an uninterruptible basis, such effort must be seen to be result-yielding and immediate. Because of the place of petroleum products in the lives of the citizenry, it’s scarcity even for a day generates ripple and crippling effects.

“We dare say one of the fastest ways for government to lose its credibility before the ordinary citizenry is scarcity of petroleum products because the combined effects of scarcity of petroleum products and low power supply create misery for the people as well as have a damning impact on travel, jobs, productivity and the economy as a whole. We are concerned and we must similarly find a way forward.

“It is gratifying to note that government has straightened its relationship with the critical stake holders (including IPMAN) which it says will henceforth guarantee regular supply at N86 at NNPC filling stations and N86:50 at non-NNPC filling stations.

“Without prejudice to the on-going government’s initiative at finding a lasting solution, we believe subsisting fuel scarcity is caused by an interplay of corruption in the system; the existence of a cabal that defies the structural changes at NNPC; national and international politics around production, sale and consumption of oil; sabotage in the management of the refineries; award of contracts for turnaround maintenance (TAM) without regard to the companies that built these refineries and smuggling.

“Also not helpful to the system is the regular friction or power play between lifters or distributors of products such as Major Marketers, Independent Marketers, Association of Tank Farm Owners and others in the chain.

“It is worth mentioning that government institutions in the sector such DPR and PPPRA which are expected to function independently as well as regulate the system, have either been sidelined, weakened and brought under the control of the Ministry of Petroleum Resources.

“Accordingly, we call on the government to do the needful by demonstrating the will and capacity to restore sanity, discipline and transparency to the downstream sector of the industry. The statutory roles of these agencies should be restored so they can function properly.

“Government should also deal summarily with corruption in the sector. It should never allow itself to be blackmailed or cowed into taking decisions that in the long run will not be helpful to the ordinary Nigerian,” Wabba said.