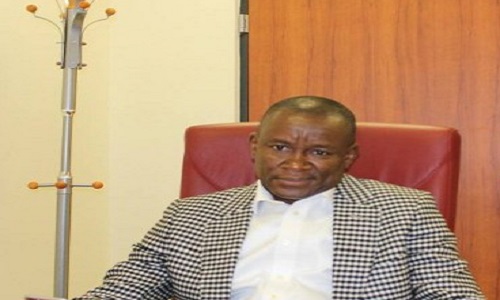 The senator representing Cross River Central, John Enoh, has called for the judicious implementation of the 2016 budget in order to bring the desired change promised by the President Muhammadu Buhari administration.
Enoh, who made the call on Monday in Abuja, said the budget passed by the National Assembly would be of no meaningful value to Nigerians if it is not dutifully implemented.
While the National Assembly has carried out its constitutional duty of appropriating funds for the federation, the senator urged the executive arm not to let the people down.
“I think there is hope for a better economy but there will be no value to Nigerians unless the 2016 budget is implemented faithfully”, Mr. Enoh said.
“With the kind of discipline and sense of responsibility exhibited by the present government, I strongly hope they will implement the budget judiciously beyond the bickering over signing or not signing.
“The minister of finance has mentioned that there is over 300 billion naira available and awaiting the budget passage. If all of that is pushed into the economy, I think it is going to create a lot of opportunities and a lot of activities in the economy for the benefits of Nigerians”.
The Peoples Democratic Party, PDP, senator noted that in spite of the country’s dwindling national economic fortune occasioned by the fall in the price of crude oil in the international market, this is the first time the national budget has gone up to N6 trillion.
He described the national budget as “an appropriate response” to the nation’s economic reality, where he said the government needed to spend more money.
Sen. Enoh also commended the government for setting aside about two trillion naira for capital projects, saying if the funds are judiciously utilized, it would grow the national economy and create jobs.