A 68-year old man, Sulaimo Akindele, was on Thursday charged before an Ota Magistrates’ Court for allegedly damaging a fish pond valued at N4 million belonging to one Adetayo Olanrewaju. 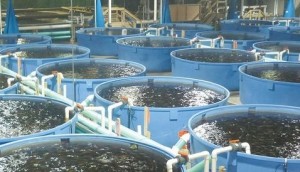 Akindele, who lives at No. 23 Ogunyemi St., Iyana-Iyesi, Ota, is facing a two-count charge of conspiracy and malicious damage.

The Prosecutor, Sgt. Ebibomino Itaita, told the court that the accused and others still at large, committed the offences on Feb. 20 at about 11:20 p.m. at Odo-Pako area of Ota.

Ebibomino said that the accused and his accomplices unlawfully damaged a fish pond valued at N4 million belonging to one Adetayo Olanrewaju.
He said that the offences contravened Sections 249 (d), 451 and 516 of the Criminal Code, Vol.1, Laws of Ogun, 2006.

The Chief Magistrate, Mrs Funke Odubanjo, granted bail to the accused in the sum of N1 million with two sureties in like sum.

Odubanjo said that the sureties should reside within the court’s jurisdiction and be gainfully employed.

The case was adjourned till May 10 for hearing.