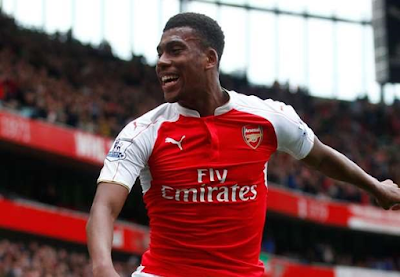 Top football magazine, France Football have named Alex Iwobi among the top five best African players in Europe in the last one week. The 19 year old Nigeria international has been a shining light for Arsenal after he was given his chance by Arsene Wenger this season although he spent previous seasons on loan at other clubs.

The other top African stars for the past week according to France Football are Egypt’s Mohamed Salah, Cedric Bakambu from DR Congo, Salomon Kalou of Cote d’Ivoire and Algeria’s Hicham Belkaroui