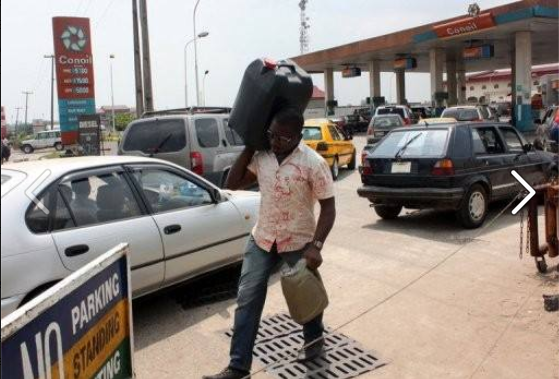 The All Progressives Congress (APC) in Ekiti State has accused Governor Ayodele Fayose of complicity in the fuel supply crisis in the state.

In a statement by the party’s Publicity Secretary, Taiwo Olatunbosun, the APC said it was in possession of “incontrovertible evidence” that the governor is contributing to the scarcity of fuel in the state to sabotage President Muhammadu Buhari’s administration.

“Records have revealed that 10 trailers of fuel for Ekiti State on Fayose’s request were diverted mostly to stations outside the state,” Olatunbosun said.

“The Secretary to the State Government, Dr. Mrs Dupe Alade, had earlier written for same allocation but her letter to NNPC was stepped down when Fayose used his office to request for the allocation of fuel to 10 filling stations, many of which do not exist in Ekiti State.

“The governor’s letter was addressed to the Area Manager at Mosimi and minuted to Ore and was processed by the Ore office of NNPC.

“The trailers were loaded on Wednesday and Thursday the 20th and 21st of April but the real fuel companies and vendors were prevented from loading until the 10 trailers demanded by the governor left the depot but were diverted to other stations outside Ekiti State,” he explained, adding that the governor had allegedly been mentioned in several cases of fuel racketeering.

Olatunbosun challenged the governor to deny ever writing to the NNPC for fuel allocation. “There is need for the security agencies and the Minister for Petroleum to investigate the governor’s activities at the NNPC offices both in Ore and Mosimi and the roles of NUPENG officials in this wicked unleashing of pains on Ekiti people by unpatriotic act to sabotage the Federal Government,” he concluded.