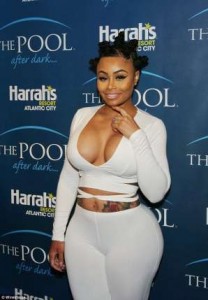 The whole drama between the Kardashians and Blac Chyna’s clan, seems to be getting more and more complicated; thanks to her engagement to Rob Kardashian.

This comes as a shock following the revelation that Rob will be returning to the ‘Keeping Up With The Kardashian’ reality TV show during its next season.
E! Online made the revelation via a tweet, adding that Khloe Kardashian’s estranged husband, Lamar Odom would also be making a come back.

Meanwhile, earlier in the day, Rob revealed that his family was’very happy’ with his engagement to Blac, which shows in the preview of season 12 of the KUWTK show as tweeted by E! Online.