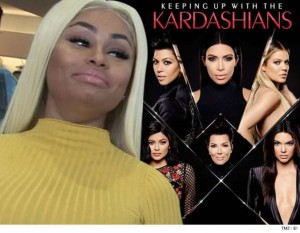 The socialite allegedly stated that she will not sign with Kris Jenner or take part in the Kardashian reality show.

Blac Chyna insists she wants nothing to do with TV as she has more interest in developing a Paris Hilton-style business empire and.

The source, also stated that Blac Chyna has benefited from the Kardashian Klan couldn’t be any farther from the truth, and in fact it is Rob who has richly benefited from her.

Apparently, Rob Kardashian has been making money since his engagement with Chyna was announced recently, as his teeth whitening products, women’s shoes and other stuff he promotes on social media reach out to more people.

TMZ reports that Rob has cooled on his TV appearances, and now views himself as Chyna’s business partner as well as her fiance.