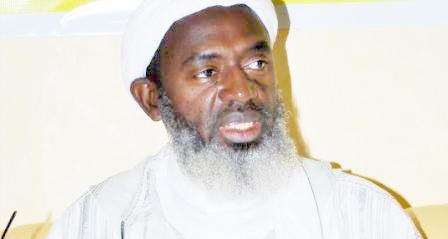 A prominent Nigerian Islamic scholar, Sheik Ahmad Gumi, has described the Boko Haram Insurgency as a 100 per cent “Muslim problem”.
Gumi also accused some people in the North of “cooperating with and working to protect them” in reference to the insurgents, whose years of bloody campaign to impose Sharia on the country, has led to the killing of over 10,000 people, destruction of property and livelihood worth several billions of dollars and displacement of over two million people in the North-east.
Mr. Gumi said in the current April edition of The Interview, that, “Boko Haram as it is now cannot prosper in Ibadan because the locals will expose them. The same in Enugu. The people agitating for Biafra cannot prosper in the North because they will be exposed”.
“We have to understand that these people are from amongst us and that the society was not doing enough to bring these elements out. I can tell you that Boko Haram is 100 per cent a Muslim problem”, he added.
The Islamic scholar, who also described the agitation for Biafra as “analogue”, challenged Muslim leaders to do more to combat Boko Haram.
Commenting on the controversial religious bill proposed by the Kaduna State Government, Mr. Gumi said the bill had gone too far and was an infringement on the constitution.
“If you are trying to fight terrorism and extremism”, he said, “you don’t clamp on the freedom of speech, freedom of thought and freedom of propagation of thoughts. These liberties are enshrined in the constitution”.
Governor Nasir El-Rufai of Kaduna State had said the bill was an improvement on an existing law required to curtail the propagation of inflammatory sermons by faith leaders.
Sheik Gumi, however, said the bill could drive extremism underground.