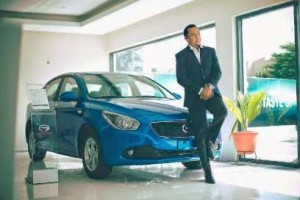 The very controversial Cool FM OAP, Freeze has written an article on what he thinks about the ongoing clash between Fulani Herdsmen and farmers in a post on Instagram.

Freeze yesterday, April 26, 2016 expressed his disgust at the recent tragedy in Enugu where scores of people were reported to have been killed.

“I hereby offer my deepest condolence to my brothers and sisters, the Igbo people. The slaughter in Enugu was heinous to say the least, and to imagine that such an act could occur in 2016 is sickening. However, the Fulani herds men are not after the Igbo people, like some are trying to insinuate, by whipping up sentiment to incite and instigate people. They are against anyone who doesn’t rear cows. They are a menace and should be stopped by all means necessary, including a ‘shoot at sight’ military order if the situation requires. Nonetheless, we should take into cognizance that not every Hausa or Fulani man is our enemy, and even they are at the mercy of these cattle herdsmen.

The report by Adeyiga Adebayo sheds light on two potent issue, one being that the herdsmen are not against Igbo people as many are claiming and the other is that the menace is not new as Pres. Goodluck Jonathan was ‘clueless’ when it came to this same matter, evidence of which can be found in the premium times in an article by Professor Iyorwuese Hagar.

Let us keep it in perspective, that a Yoruba elder states man Chief OLU Falae was allegedly kidnapped by these same herdsmen. So the war is not against the igbos it’s against Nigeria as a whole. This is the opportunity some people have been waiting for to divide Nigeria, and with sentimental manipulation through propaganda, they are slowly but surely getting there. However, if our search is for a solution instead of whom to blame, then we MUST stand together as a country to fight this menace!“

The Cool FM presenter has aired his views on major talking points since the beginning of the year.