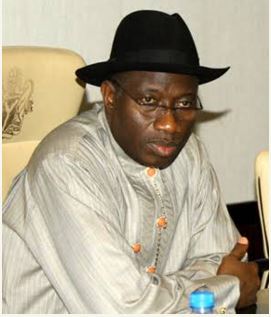 The Economic and Financial Crimes Commis s ion (EFCC) is holding in custody former President Goodluck Jonathan’s cousin, Mr. Azibaola Roberts, over alleged links with the arms scandal involving the Office of the National Security Adviser (ONSA). New Telegraph gathered that Roberts, who was arrested on March 23, alongside his colleague, Dakoru Atukpa, is the owner of Oneplus Holdings, which was among the 300 firms indicted by the Presidential Audit Panel on arms procurement between 2007 and 2015.

Roberts’ counsel, Mr. Goddy Uche (SAN), has alleged a case of vendetta against former President Jonathan. Uche said the suspect was allegedly being persecuted owing to his relationship with the former president. Uche accused the Federal Government of shying away from its responsibility to pay Roberts’ company an honorarium of $4 million, being an outstanding payment for an assignment, which his client helped the Federal Government execute. “My client is being (allegedly) persecuted and punished because of his DNA, as a relative of Dr. Goodluck Jonathan.

“It is impunity and breach of their fundamental human rights. We have a civil dispute and then you turn around to lock up the party with whom you have a dispute. Then, you go ahead to give him impossible bail conditions.

“Which serving director in Nigeria today has property in Asokoro or Maitama district and can boast of N250 million? It’s like saying bring the bones of your grandmother alive before we grant you bail. “The annoying thing is that while we were working to fulfill the bail conditions, the EFCC went to court and obtained a remand order; which means that the Commission never intended to grant them bail in the first place.

“My clients are innocent until proven guilty, according to the laws of Nigeria. So, their continuous detention is a breach of their fundamental human rights as free citizens of Nigeria. The appropriate thing for the EFCC to do in this circumstance is to release them now or charge them to court,” Uche said.

The EFCC, however, denied any wrongdoing, as the anti-graft agency said it has a valid order of court to keep the duo, pending conclusion of investigation. In an interview with New Telegraph yesterday, the Head of Media and Publicity of the EFCC, Mr. Wilson Uwujaren, hinged the continuous detention of Roberts and Atukpa, on their inability to meet the administrative bail condition(s) the commission granted them.

He further disclosed that the anti-graft agency has in its possession a valid order of court, to keep the duo pending conclusion of investigations. According to Uwujaren, “He (Roberts) was arrested and is still being held. Two days after they were offered administrative bail, they could not meet the terms of that bail. ”

Consequently, the commission went and obtained a valid court order to keep them, pending conclusion of investigation.” Since the inauguration of the Presidential Audit Panel, revelations of alleged non-compliance with procurement law, have been made, leading to the arrests and prosecution of well-placed individuals, including Dasuki, a former Sokoto State governor, Alhaji Attahiru Bafarawa, as well as a former Minister of State for Finance, Ambassador Bashir Yuguda.