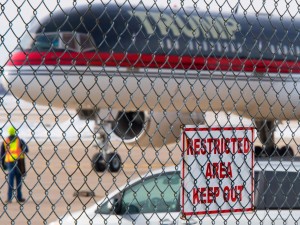 The Federal Aviation Administration has grounded Donald Trump’s private jet – one of the crafts he has used for countless campaign trips across the US – on account of its expired registration. The Trump campaign has been reportedly flying the Cessna Citation X business jet since 31 January after DJT Operations CX – the Trump-controlled company that owns the aircraft – failed the renew the $5 registration. The FAA requires aircraft owners to renew their registration every three years.

“The aircraft owner is currently working with the FAA’s Aircraft Registry and will reregister the aircraft before further flight,” FAA spokesperson Laura J. Brown told the New York Times.

The operation of unregistered aircraft under FAA regulations could result in civil fines up to $27,500. Criminal penalties may result in fines of up to $250,000 and three years of imprisonment, according to FAA guidelines.  Trump campaign spokesperson Hope Hicks told the Times the renewal process is “just about complete.” Mr Trump himself will not be grounded during the jet’s hiatus, however. The business mogul still has the Boeing 757 that bears his name.