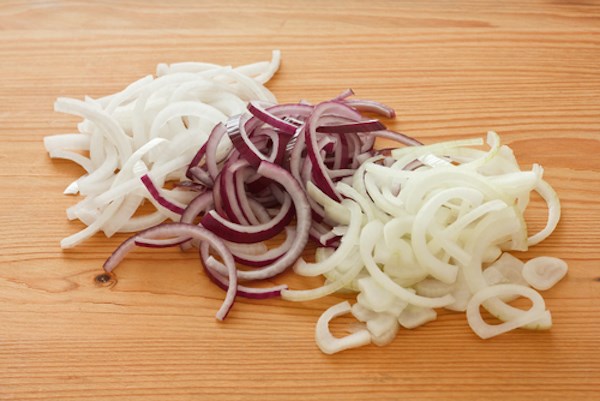 No matter how expensive it were back in the day, mothers would always add some to their cooking. Today, because Nigerians are just trying to survive in this very not so-friendly economic situation, they try to cut off many items to make their budget lighter but INFORMATION NIGERIA in this piece brings you 10 reasons why you shouldn’t ever cook your food without onions not matter your budget…

-Onions have been a part of the human diet for more than 7,000 years. Archeologists have discovered traces of onions dating back to 5000 B.C., found alongside stones from figs and dates in settlements from the Bronze Age.

-Ancient Egyptians worshipped onions, believing their spherical shape and concentric circles within symbolized eternity. In fact, onions were often placed in the burial tombs of pharaohs, as they were believed to bring about prosperity in the afterlife.

-In the Middle Ages, onions were an acceptable form of currency, and was used to pay for rent, goods and services — and even as gifts!

-Onions can be a strong weapon in a woman’s battle against osteoporosis as she goes through menopause. That’s because onions destroy osteoclasts, bone cells which resorb bone tissue and weaken bones.

-Slicing onions makes most of us cry, but why? The reason is that cutting into it releases sulfuric acid, which reacts with the moisture in our eyes to create a tearful reaction. One way to avoid this unfortunate byproduct of slicing onions is to cut them under running water, or while submerged in a basin of water. 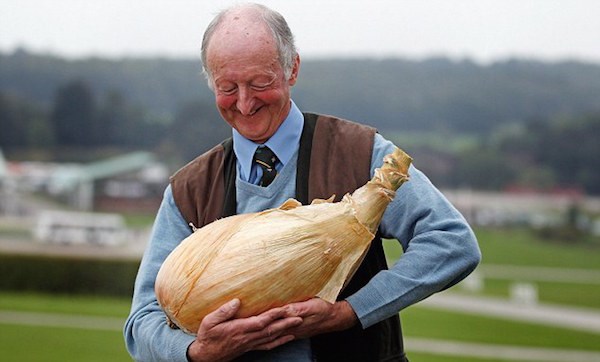 -According to The Guinness Book of World Records, the biggest onion ever was grown by British farmer Peter Glazebrook, who harvested a monster-sized onion in 2011 that weighed just under 18 pounds.

-Onions are rich source of chromium, a trace mineral that helps tissue cells respond appropriately to insulin levels in the blood. It thus helps facilitate insulin action and control sugar levels in diabetes.

-They are also good source of antioxidant flavonoid quercetin, which is found to have anti-carcinogenic, anti-inflammatory, and anti-diabetic functions.

-They are also good in antioxidant vitamin, vitamin-C and mineral manganese. Manganese is required as a co-factor for anti-oxidant enzyme, superoxide dismutase. In addition, isothiocyanate anti-oxidants in them help provide relief from cold and flu by exerting anti-inflammatory actions.

-Sliced onion can sooth insect bites and burns on the skin. In addition, when combined with crushed aspirin and little water, slices of onion are also used as a folk treatment to cure warts.

Hope you have learned something???