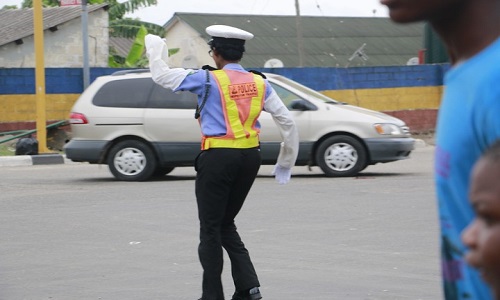 The Divisional Police Officer in charge of Ikenne Division of Ogun State, Mr. Patrick Onwu, has been demoted by the Inspector General of Police, Solomon Arase for misconduct.
It would be recalled that Mr. Onwu on Monday allegedly beat up a female traffic warden, Inspector Anifat Bello, while she was discharging her duty at NNPC junction, on IBB Boulevard in Ogun state.
The traffic officer reportedly stopped the private vehicle of the DPO, unbeknownst to her that the occupant was a senior officer, which resulted in Mr. Onwu giving her the beating of her life for her effrontery.
Bello, who has once been recommended for national honours by former President Olusegun Obasanjo for her dedication to duty, reported the matter at the state police command headquarters.
It was learnt that Mr. Arase got wind of the incident through news reports and called the Ogun State Commissioner of Police, Mr. Abdulmajid Ali.
Following the confirmation of the incident by CP Ali, the IGP ordered that Onwu be demoted to a Deputy Superintendent of Police (DSP) from Superintendent of Police (SP).

The police IG also ordered that the DPO’s file be transferred to the Force Headquarters, Abuja, so further disciplinary actions can be taken.