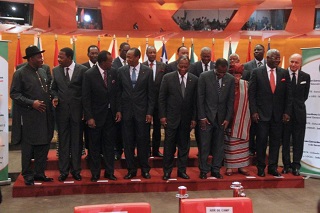 The Economic Community of West African States (ECOWAS) court has squashed objections by the Federal Government to a case brought before it by former national security adviser (NSA), Sambo Dasuki, who claimed that he has been unlawfully arrested and detained without trial.

The court ruled on Monday that it will hear the case, saying the matter dealt with “fundamental” human rights issues.

Dasuki is on trial for fraud in connection with the alleged looting of millions of dollars from arms contracts. He has been detained since December despite being granted bail by the court.

“From the totality of the issues brought before this court, it is clear and there is no ambiguity that the applicant is seeking enforcement of his right to freedom,” said Judge Friday Chijoke Nwoke.

“In our opinion, what Dasuki brought before us as a case is an issue for the enforcement of his fundamental rights to liberty,” Nwoke said.