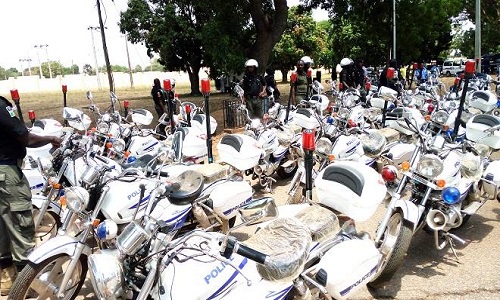 Security agencies in Kaduna State yesterday received a boost as Governor Nasir El-Rufai fulfilled his promise to them with the donation of 51 patrol motorcycles to aid the fight against all forms of criminality.

The governor expressed gratitude to all the security agencies for keeping the state safe from criminals, and urged them to do more in order to completely rid the state of crimes.

“I hope and pray that these motorcycles will help the security agencies in carrying out their duties.

“We will continue as the State government despite of our financial constraints to support our security agencies to restore law and order in Kaduna State.

“I want to commend them for all the works that they have been doing, I want to thank the former Commissioner of police who had worked very hard to keep Kaduna State safer”.

Responding on behalf of other security agencies, the State commissioner of Police, Adamu Ibrahim, thanked El-Rufai for the donation, promising to use the motorcycles for the purposes they were meant.