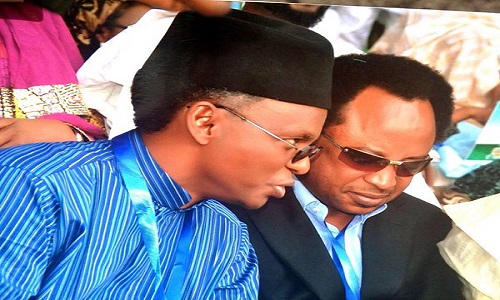 Senator representing Kaduna Central Zone at the National Assembly, Senator Shehu Sani, has cautioned Kaduna State Governor Nasir El-Rufai to immediately withdraw the Religious Bill before the House Assembly, saying that any attempt to pass it into law could set the state on fire.

According to the Civil Rights activist, neither the governor nor the legislators have the right to enact laws that would abrogate the rights of Nigerians resident in the state to freedom of religion and worship, as entrenched in the Nigerian constitution.

“The Bill, in the first place, attempts to impose state religion on the citizens of the Federal Republic of Nigeria living in Kaduna by tagging Christianity and Islam as the major religions recognised by the state,” he told The Guardian in Kaduna, yesterday.

“The Bill imposes membership of Jamatu Nasir Islam (JNI) and Christian Association of Nigeria (CAN) as simply the associations and non-governmental organisations recognised by the state government,” pointing out that “the very fact that those organisations are given a role to play, in terms of screening and pruning religious leaders, is very wrong.”

Sani argued that the Bill “violates the fundamental rights or the constitutional rights of Nigerians to preach, to speak and to assemble.”

He lamented that if the Bill is passed into law, “the governor of a state will now arrogate to himself the right to issue licence and permit, which is alien to the fundamental rights of Nigerians and the constitution of Nigeria.”

“The State Assembly and El-Rufai have no right to issue licences and permits to religious leaders to preach, because what that portends is simply to issue permit to pro-establishment and pro-government preachers, who will only sing praises of the political establishment.”

“There are relevant laws in Nigeria today to take care of defamation, provocation, incitement and libel.

“And this Bill only seeks to stifle freedom of speech, religion and grant despotic regulatory power to the governor to clamp down on religious preachers and teachers.

“I think he (the governor) is very ignorant of the causes of religious riots in Kaduna, because he has been out of Kaduna for a long time. He was not here when all the religious crises happened in Kaduna. That is why he is thinking of such a law.”

“Any Bill that justifies religious law, regulates the activities of religion also justifies social media law, because such kind of regulation only gives room for clamp down against people that hold views unfavourable to the government or people in power.

“It is simply an attempt to clip the mouth of religious leaders against the people in power. If such laws were made before he came into office, he would have been one of those who would have opposed such laws vehemently.

“If such laws were created by late Ibrahim Yakowa while in office, El-Rufai would have been one of those to have criticised Yakowa.

“So, as far as I am concerned, there are laws to take care of people who use religious platforms to incite others without necessarily creating a law that violate rights to freedom of religion.

“Any attempt to clamp down or regulates preaching as it is, is also likened to regulating free speech,” Sani said.

The senator reiterated that the Bill, if passed, would lead to crisis in Kaduna State, because it cannot stop people from preaching, warning that any attempt to arrest anyone preaching the word of God, be the person Christian or Muslim, would be futile and may generate crisis.