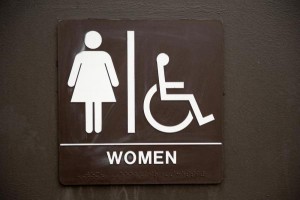 A woman who had been trapped in the restroom of a Texas library over the weekend was rescued on Monday. Employees at West Waco Library discovered the woman when they returned to the library at 6:30 a.m. Monday after it had been closed since Saturday.

The woman, who was described as elderly, although her age was not released, had been trapped in the library for 36 hours after she was unable to get out of a restroom stall. City of Waco spokesman Larry Holze said the woman entered the restroom just before the library closed on Saturday, but staff did not notice she was there before it was locked for the weekend.

“We usually check those things, but this time we did not,” he said. The woman did not have a cellphone, so she was unable to contact family members or local authorities for help. After her rescue, paramedics did not find any injuries and declared her to be in good health.