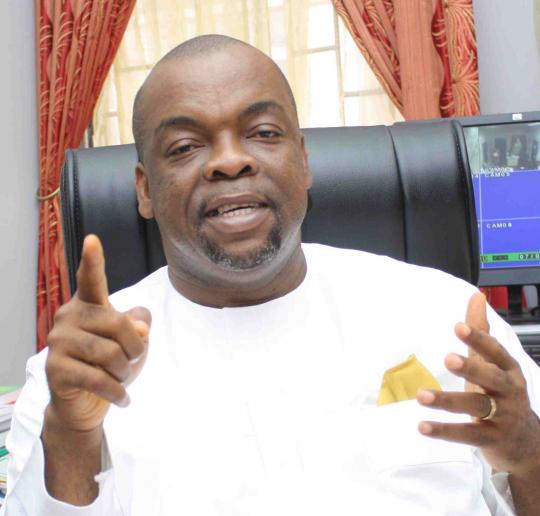 Amid growing discontentment within the Peoples Democratic Party, PDP, especially since its defeat in the 2015 presidential election, some chieftains of the party in the Southeast have dumped it for the All Progressives Congress, APC.
Notable among the defectors to the APC is a former National Chairman of the PDP, Dr. Okwesilieze Nwodo; immediate past Minister of Labour and Productivity, Dr Emeka Wogu and former House of Representatives Speaker, Agunwa Anakwe.
Others are: Senators Emma Agboti, Chris Adighije, Nkechi Nwogu and Ifeanyi Ararume.
The former PDP heavyweights assembled in Enugu where they pledged to work for the victory of the APC in the zone come 2019.
Although Nwodo was not present at the meeting, his wife Dorothy, was there to represent him.
Also at the meeting were Senator Jim Nwobodo, Gbazuagu Nweke Gbazuagu, former Imo State House of Assembly Speaker, Benjamin Uwajumogu, and Dr. Ezekiel Izuogu.
APC stalwarts from the South-East present at the meeting include the national vice-chairman and convener of the meeting, Emma Eneukwu; National Organising Secretary of the party, Senator Osita Izunaso; National Auditor, George Moghalu; Deputy National Women Leader, Tina Adike and the standard bearer of the party in Enugu State, Okey Ezea.
While addressing the meeting, Eneukwu noted they are making efforts to reposition the party in the South-East.
He remarked that most of the juicy positions due for the South-East were “being denied us because of our poor performance in 2015 elections”.
“With the array of prominent politicians from South-East joining us now, we shall work hard this time and turn things around”, he assured.
A communiqué issued at the meeting resolved, amongst others: “The South-East APC supports the anti-corruption crusade of President Muhammadu Buhari and we urge Mr. President to go ahead and recover all looted public funds.
“We call on the groups agitating for separation from a united Nigeria, particularly, the IPOB and MASSOB to re-think and abandon the idea and join the other tribes in building a formidable united Nigeria where all Nigerians will be equally treated in line with the Constitution of the Federal Republic of Nigeria.
“We believe by 2023, the president of a united Nigeria will be a Nigerian of Igbo extraction from the South-East”.