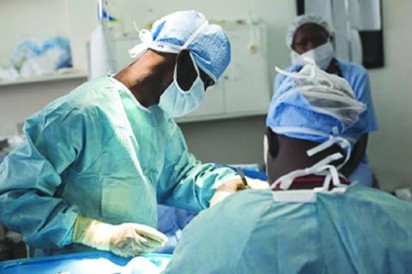 A health expert from the Department of Family Health, Federal Ministry of Health, Mrs Patricia Isikor, on Tuesday, warned mothers against using cow dung to heal baby umbilical cord. Isikor gave the warning at the Kwara Ministry of Health, Ilorin, during a three-day Advocacy Meeting on reducing maternal mortality in Nigeria.

The meeting was tagged: “Life Saving Commodities, Focus on Neonatal Commodities in the Northern States”.

According to Isikor, the Federal Government has introduced the Chlorxy-G gel for mothers to use on baby umbilical cord. She said people had been applying cow dung, toothpastes, ashes and other substances on baby umbilical which could threaten the life of the baby.

“This prompted the government to start sensitising the mothers against such harmful practices and introduced the Chlrxy-G gel,” she said. She said the gel should be used on the umbilical cord without adding anything to it, until it dropped off from the baby.

Dr Funsho Abimbola,Director of Primary Healthcare, Kwara Ministry of Health, said the three major causes of neo-natal mortality in Nigeria were low birth weight at 30 per cent; birth asphyxia at 28 per cent and infections at 22 per cent.

Abimbola stated that improvement in child survival was only possible with significant reduction in neo-natal mortality. “A large proportion of neo-natal mortality and morbidity is due to preventable factors in pregnancy and delivery,” she said.