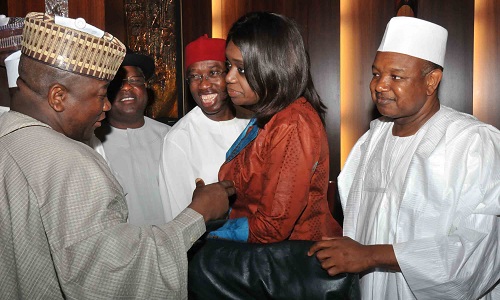 The sum of N299.7 billion has been shared between the Federal Government, states and local governments as revenue for March, 2016.
The sum is N37.8bn less than the N338.765bn shared for February.
The Permanent Secretary, Federal Ministry of Finance, Mahmud Dutse, made this known while addressing journalists at the end of the Federation Accounts Allocation Committee (FAAC) meeting held in Abuja yesterday.
Mr. Dutse gave a breakdown of how the revenue was shared between the three tiers of government as follows: Federal Government N109.113 billion; states N55.344 billion and LGs N42.668 billion.
Oil producing states got N19. 750 billion as 13 percent derivation.
Also, N61.665bn was shared from Value Added Tax (VAT) accruals with the federal government getting N9.250 billion; states, N30.833 and local governments; N21.583.
The permanent secretary, however, noted that the statutory revenue of N232.619 billion received for the month was lower than the N270.499 billion received in the previous month by N37.880 billion.
He said the sum of N6.3 billion that was refunded to the federation account by the Nigerian National Petroleum Corporation (NNPC) was also shared.