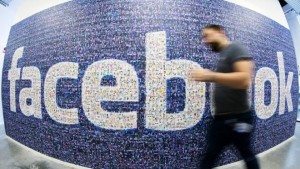 Facebook shares have jumped after reporting a tripling of first quarter profits from a year earlier to $1.51bn. Advertising revenues rose to $5.2bn, with more than 80% coming from mobile. Facebook’s focus on live video attracted new advertisers, while sales on existing services also grew.

Mark Zuckerberg also requested that a new class of stock should be issued, so he can donate money from his shares to charity while maintaining control of the firm he founded. The company said the move would “encourage Mr Zuckerberg to remain in an active leadership role at Facebook”. The results hugely exceeded Wall Street’s already sky-high expectations, and Facebook shares rose by more than 9% in after-hours trading.

Sales for the quarter reached $5.4bn, up from $3.5bn last year. The increased focus on mobile advertising seems to have paid off, rising to 82% of the company’s revenues for the first quarter of 2016, up from 73% during the same period last year. Total monthly active users (MAU) increased 15% from a year earlier to 1.65 billion, beating analysts’ expectations. And each user earned the company more money, an average of $3.32 against $2.50 last year.

With Apple’s iffy results yesterday, and the now-broken-record of Twitter continuing to struggle, it’s Facebook taking the hopes of the tech world on its shoulders, and flourishing. Wall Street is extremely tough on the world’s biggest social network, a company which suffers from its own success. Even when Facebook warns about an Achilles heel, it seems to overcome it.