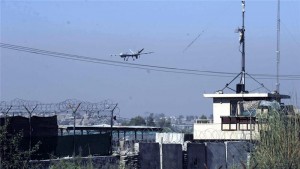 Relatives and tribal elders in southeastern Afghanistan are demanding an investigation into the killing of 17 people by US drones this week, claiming the air strikes hit civilians – not members of armed groups. US army officials said on Thursday two air strikes in Paktika province, near the Pakistani border, had only targeted fighters, without any evidence of civilian casualties.

Afghan officials confirmed to Al Jazeera that 17 people had been killed in Wednesday’s strikes in Gomal district, but added they all had links to the Taliban.

Yet, local leaders and relatives insisted on Saturday all of those killed were innocent civilians. “We demand an investigation into the brutal killings of these innocent people,” Nimatullah Baburi, a deputy of the Paktika provincial council, told Al Jazeera.  “I know them personally and their families too. They are in no way affiliated with the Taliban,” he added. “Those men were doing low-paid jobs to feed their families. All of them were civilians”.

Bahadur Noorullah Khan, a clerk working in the district office, was one of the 17 people killed in the raids. He left behind a wife and two children. “Who is going to feed them?” Khan’s wife told Al Jazeera. “Bahadur was the sole breadwinner of our family, now where am I going to go with my children?” He was innocent. He was never involved with militants. This case should be investigated.”