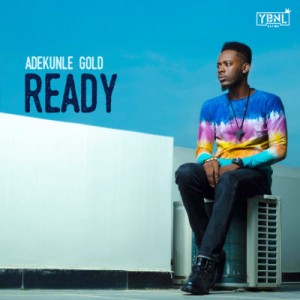 Adekunle Gold returns with yet another masterpiece, kicking off 2016 with the new tune titled “Ready”

After the release of “Sade”, Adekunle released his first official single titled “Orente” through YBNL Nation after signing a music contract with the record label on March 5, 2015.

He was nominated in the Most Promising Act of the Year category at the 2015 City People Entertainment Awards.

This is obviously a chart topping single as evident by fans’ opinion of the single:

Adekunle Gold…. Every single is a hit back to back.. From Sade to Orente to Pick up to Ready. It’s a YBNL thing!

Who is Adekunle Gold‘s photographer? The pictures are always sooooo gooddd

So finally we can be sure of an artist that will consistently give us good music in Nigeria. Thank you Adekunle Gold

Adekunle Gold just be singing about my life every singu tym