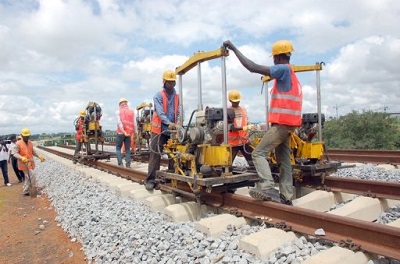 The Minister of Transport, Mr Rotimi Ameachi has said that the Federal Government remained committed to the revitalisation of a sustainable and efficient transport sector to promote commerce in the country.

Speaking at a town hall meeting, organised by the Ministry of Information, Culture and Tourism, on Monday in Lagos.

“In all these there agreement with Chinese government that there will be counterpart funding of 15 per cent; we did not fulfill these
agreements.

“The only place they tried a bit was the Abuja, Kaduna and Kano, which is yet to be completed; and we are working extremely hard to
ensure that between June and July we would commercialise that rail line.

“That will reduce the challenges of production; to convey goods and services between Kaduna and Abuja.

“And I assure that, by God’s grace, before the end of the year we would commence work on the Lagos – Kano rail line.”

He added that his ministry would ensure the country’s rail lines were connected to the sea ports in order to reduce the burden on roads and clogging of Lagos ports.

“So what we did is to connect it to Calabar, Port Harcourt and Onne, and Warri Sea ports and then to either tin can or Apapa.

“It means if you are in Onitsha you want to import through Warri that’s your business.

“If you are in Port Harcourt you don’t need to come to Lagos anymore, the same also goes to those who are in Calabar; that is what we’ve done.’’

He also said that the Federal Government had commenced negotiation for the completion of the Itakpe-Warri rail line which had been abandoned for more than 32 years.