First Bank To Cut Jobs As Profit Falls By 82% 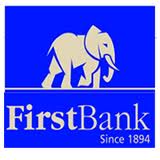 The bank plans to boost its return on equity, a key measure of profitability, to between 11 percent and 14 percent in 2016 from last year’s “really bad” figure of 3 percent. The bank is also targeting a cost-to-income ratio of 55 per cent in two years time from 59 percent, he said.

“ROE will be much better than last year,” Adeduntan said. “At a minimum, we should triple it. We do not shy away from taking difficult decisions. We used to have above 8,000 people. We’ll push it down, gradually, to 7,000.”

FBN Holdings’ Net profit fell to N15 billion from N84 billion naira in 2014, as impairments soared and economy slowed amid a crash in the price of crude, the biggest source of government revenue and export earnings.

First Bank’s non-performing loans ratio stood at 22 percent at the end of March, compared with 3.8 percent a year earlier. Reducing that figure is the “number one priority,” said Adeduntan. The bank will do that by reducing the proportion of it’s lending to the oil and gas sector, currently at about 39 percent of total loans, and focusing more on blue-chip companies in other industries, he said.