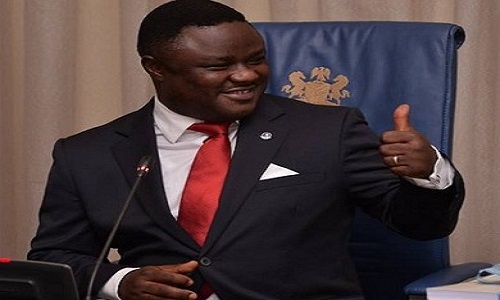 Governor of Cross River State, Prof. Ben Ayade, has revealed that four international companies with expertise in deep seaport were jostling to invest in the Bakassi Deep Seaport project being developed by the state government.

The governor made the disclosure while briefing journalists at the Margaret Ekpo International Airport, Calabar, shortly after his return to the state, about two months after he embarked on a working trip to 11 countries in Europe, Asia and South America.

According to Ayade, the foreign trips were necessary to revamp the economy of the state.

The governor, who was received at the airport by his deputy, Professor Ivara Esu and members of the State Executive Council, said “in recognizing the challenges that we have as a country and of course, with the meltdown in the global economy, it is evident that only states that globalize their economy can move forward.

While stressing that Cross River State offers special appeal as an investment destination, Governor Ayade said that as evidence of the uniqueness of the state as an investment hub, “some teams had arrived the state during my absence to do final detailed analysis and feasibility studies to be able to come back with vigour to invest in the state”.

“You will soon be seeing investors pouring in to finalize the discussions we had overseas”, he added.