Despite efforts by the Federal and Benue State governments to end clashes between herdsmen and farmers, indications emerged yesterday that Moor, a council ward in Kwande Local Government Area of the state had been sacked by armed herdsmen. 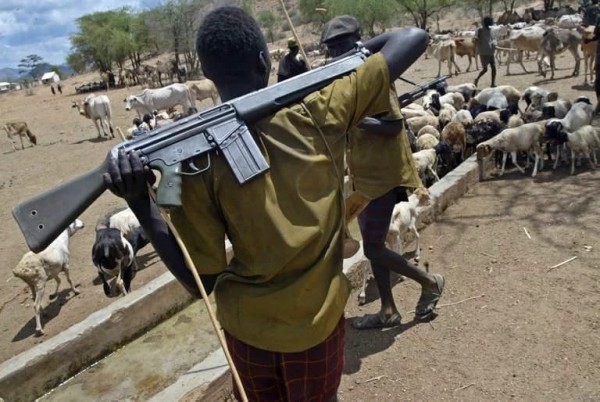 TheBreakingTimes learned that the crisis, which dates back to 2013, has left over 100 persons dead, scores sustaining varying degrees of injuries and close to 8,000 displaced.

A source said: “Moor in Kwande Local Government Area is now an occupied territory. Herdsmen have sacked the inhabitants from their ancestral homes and taken over the council ward.

The crisis started as far back as 2013 and has led to the death of over 100 persons and many others injured.

“All the local government clinics, including 21 primary and secondary schools in the area, have been completely destroyed. The indigenes of the community are refugees in other communities.”

When contacted, the Police Public Relations Officer, Moses Yamu, said police, military and other sister security agencies were working round the clock to ensure that peace and normalcy returned to every trouble spot in the state.

Source:BreakingTimes
Share
Facebook
Twitter
WhatsApp
Previous articleMan Who Beheaded His Partner, Smashed Her Head And Flushed It Down The Toilet Is Jailed For Life | Photos
Next articleI’ll Not Stop Talking About Chibok Girls Until They Get Justice – Ezekwesili
- Advertisement -