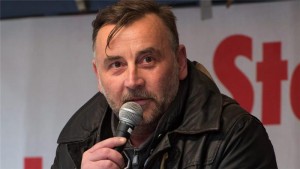 The founder of Germany’s anti-Islam movement, PEGIDA, will appear in court on hate speech charges for branding refugees “cattle” and “scum” on social media. Lutz Bachmann, founder of the far-right “Patriotic Europeans Against the Islamisation of the Occident” movement, was charged in October with inciting racial hatred through a series of widely shared Facebook posts.

The trial on Tuesday will be held under tight security in Dresden in the former communist east, the birthplace of PEGIDA, which bitterly opposes Chancellor Angela Merkel’s liberal migration policy that brought more than a million asylum seekers to Germany last year.

The court said the 43-year-old’s comments, which date back to 2014, also “disrupted public order” and constituted an “attack on the dignity” of refugees. If found guilty, Bachmann could face between three months and five years in jail. The comments were published in September 2014, shortly before PEGIDA started life as a xenophobic Facebook group.

The group initially drew just a few hundred supporters to demonstrations in Dresden before gaining strength, peaking with rallies of up to 25,000 people in early 2015. Also on Tuesday, police arrested five people near Dresden whom they suspected of forming a far-right militant group, according to Reuters news agency. The public prosecutor’s office said they were preparing attacks on asylum seekers using explosives.