The House of Representatives on Thursday summoned the Minister of Interior, Lt. Gen. Abdulrahman Danbazzau(retd.), and the Comptroller-General of the Nigerian Prisons Service, Mr. Peter Ekpendu, over an alleged assault on a female member of the House. 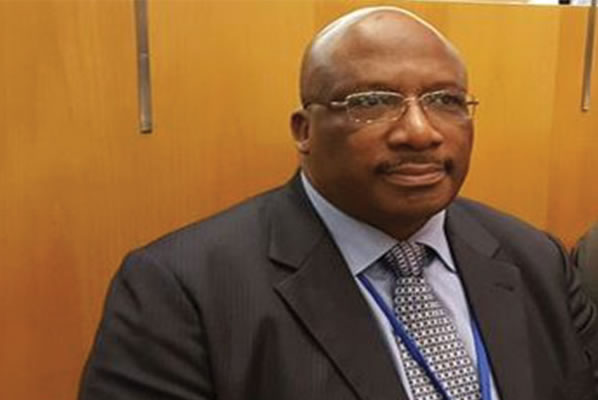 The incident took place on Wednesday close to the exit gate of the National Assembly, when the female lawmaker from Delta State, Mrs. Onyemachi Mrukpor, was driving out of the premises.

The CG was said to have visited the National Assembly and was driving out of the legislative building when the beating took place.

Lawmakers claimed that Ekpendu, a very senior government official, merely sat in his car and watched as his aides pummelled the female member. They alleged that he did nothing to stop his aides.

A motion on the incident, which was moved by the Minority Leader of the House, Mr. Leo Ogor, was unanimously endorsed by members at Thursday’s session, presided over by the Speaker, Mr. Yakubu Dogara.

The House noted, “The member was battered under the watch of the CG of Prisons. Her offence was that she overtook the convoy of the CG within the premises of the National Assembly.

“The CG of Prisons is invited to explain why he should not be committed to prison in violation of Section 16 of the Legislative Houses, Powers and Privileges Act.”

The law stipulates a penalty of N400,000 fine or a prison term of six months on conviction for an attack on a legislator within the premises of a legislative house.

The resolution was later amended to include Danbazzau, who was asked to appear before the House Committee on Interior.

The Ministry of Interior supervises the Nigerian Prisons Service.

The committee, which is chaired by an All Progressives Congress lawmaker from Kaduna State, Mr. Adams Jagaba, is to produce a report on Tuesday next week.

The House Leader, Mr. Femi Gbajabiamila, while contributing to the debate, informed the House that Mrukpor called him immediately the alleged  assault took place to make a report.

“She called me and she was crying. I have not seen a thing like this before.

“This is the time we need to rally behind her not just as a member but as a woman.

“This is a clear, straight case; that the attacker is guilty of assault. He is guilty of battery. There is vicarious liability in this case,” Gbajabiamila added.

In addition to Danbazzau and Ekpendu, the House summoned the unit heads of all security agencies posted to the National Assembly to explain the conduct of their men, who reportedly watched as the member was attacked without intervening.