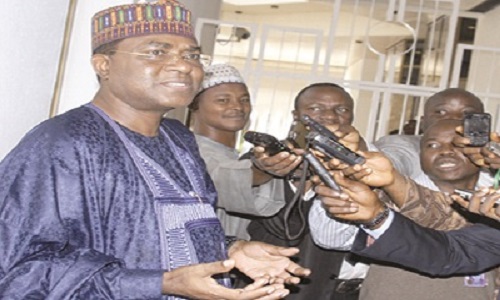 The immediate past Governor of Bauchi State, Malam Isa Yuguda, has shed more light on why he resigned his membership of the Peoples Democratic Party, PDP, under whose platform he served as minister and later governor for nearly eight years.
There were speculations that Mr. Yuguda dumped the party over a purported rift with the immediate past Minister for the Federal Capital Territory, FCT, Senator Bala Mohammed, who hails from the state.
But Yuguda, in a letter dated April 23 and addressed to the State Chairman of the party, said he was baffled by the scandal which put the entire Northeast in danger at the time when he was the governor of Bauchi State.
He said that the alleged misappropriation of the $2.1 billion meant for arms procurement to fight insurgency was very shocking, and that the dastardly act by the then PDP-led federal government had brought the integrity of members of the party into question.
He further stated that he was saddened that he was a governor from the zone who received no material or financial support from the then Federal Government but was a witness to the wasting of human lives and properties over non-availability of funds to procure arms and ammunition to halt the insurgency and other security challenges in the region and other parts of the country.‎
“And after having known that the funds were embezzled which led to the death of thousands of women, children, young men and un-armed members of the Nigerian security forces has made it impossible for me to continue my membership of the party”, he added.