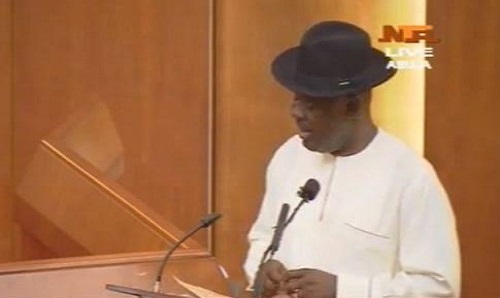 The Minister of State for Agriculture, Senator Heineken Lokpobiri, has declared that no amount of blackmail would distract him from performing his duties in the cabinet of President Muhammadu Buhari.

He spoke against the backdrop of allegations by a faction of the Bayelsa State Executive Committee of the All Progressives Congress (APC) led by the party’s Chairman, Chief Tiwe Oruminighe, that he paid a former governor of the state, Chief Timipre Sylva, to fill the Bayelsa slot in the Federal Executive Council.

Mr. Lokpobiri, who said he was unperturbed by the allegations, described same as laughable and baseless.
In a statement signed by his Media Assistant, Mr. Donald Ojogo, the minister said his appointment was based on merit.

He, however, vowed to sue for libel, anyone who is bent on damaging his hard-earned reputation.

The statement reads: “In the last few days, the Bayelsa state chapter of the All Progressives Congress (APC) has contended with some unsavoury moments.

“Undoubtedly, these are orchestrated by an insignificant few within the party and oiled by some external forces who feel threatened about their political future, especially as the APC challenges the outcome of the last governorship election at the Election Petition Tribunal.

“‎From the outset, the attitude of the Honourable Minister of State for Agriculture, Senator Heineken Lokpobiri has been to ignore and avoid responding to all such untoward moves and circumstances around the APC. To him, such do not represent the much required cohesion, sincerity of purpose and political maturity.

“Nonetheless, in the view of the deliberate fabrication of lies and misrepresentation of facts on the part of those who have allowed themselves to be used in this blackmail venture, it has become very compelling to state the following:

“The Hon Minister of State for Agriculture, Senator Heineken Lokpobiri never got his appointment on the platter of financial negotiations as expressly insinuated by the suspended State chairman of the APC in Bayelsa State, Chief Tiwei Oruminigha and his cohorts.

“Like other appointees of Mr President, Senator Lokpobiri was duly considered worthy to be so appointed in his position.

“It is a clear case of misrepresentation of facts to insinuate that former governor of Bayelsa who is the leader of the APC in Bayelsa State, Chief Timipre Sylva collected money from the Hon minister before his appointment as minister. This is an outright fabrication”.

The statement added: “The reference by Tiwei Orunimigha to statements purportedly made by Hon minister in the build up to the 2015 elections ‎that he (Lokpobiri) never believed in the ability of the APC and its then presidential candidate (now president), Muhammadu Buhari to win election is nothing but an exhibition of either some form of delusion or incurable amnesia.

“For the records, the Hon Minister’s political affinity with President Muhammadu Buhari dates back to 2003 when he was the senatorial candidate of the defunct All Nigerian Peoples Party (ANPP) from Bayelsa West Senatorial District.

“He had vigorously campaigned for him to be president then. The assertion by Orunimigha can only be a fictionalised sermon heightened by defeated expectations. It is therefore a blackmail that cannot stand the test of time. It is neither capable of distracting the Hon minister.

“Lastly, as a law abiding citizen, the Hon Minister wishes to state that while an unsuspecting section of the media has the liberty to publish unsubstantiated stories, he reserves the right to seek redress in the ‎law courts”.