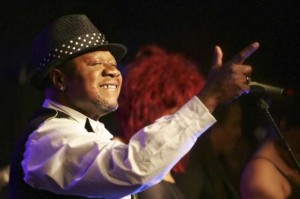 What do you know about the man known as the godfather of soukous?

Here are some quick facts about him:

2. Papa Wemba as he’s widely known reportedly inspired a cult movement known as the Sapeurs whose members are young men that spend huge amounts of money on designer clothes.

3. In 2004, he was convicted in France of a role in an illegal immigration racket and spent three months in prison.

4. He was once jailed in Zaire (now the Democratic Republic of Congo), for allegedly having an affair with a general’s daughter.

5. Together with his bands Zaiko Langa Langa, Isifi and Viva La Musica, he racked up hit after hit including L’Esclave and Le Voyageur.

6. His conviction in France related to a racket whereby illegal immigrants were taken to Europe posing as members of his band.

7. In 2013, he was rumoured dead after which he took to Twitter to dispel the rumour.

Media personality, Daddy Freeze has taken to Instagram to react to a viral news about Nigerian women being the most promiscuous in Africa. The on-air...
Read more
- Advertisement -