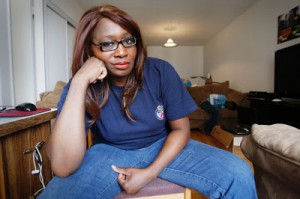 She has now gone on to say that popular blogger, Linda Ikeji broke up a relationship between her cousin and popular On Air Personality, Dan Foster.

Ms Olunloyo made the claim during a recent interview.

“I have a lot of history with Linda. She was the one that came between my cousin’s wedding and Dan Foster.” Ms Olunloyo said.

“Dan Foster and Deola Olunloyo, my cousin, were going to get married and the wedding was cancelled three weeks to the wedding because of a model called Linda Ikeji. She wrecked the home, she was having an affair with Dan,” she added.

Ms Olunloyo also said that Linda is 41-years-old and not 35.

According to Linda’s page on Wikipedia, she was born on September 19, 1980.