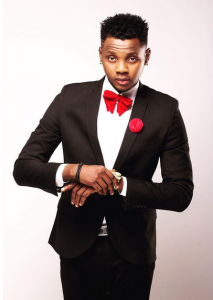 The G-Worldwide Entertainment act, Kiss Daniel who is set to release his much-anticipated first studio album, NEW ERA on the 1st of May, has released brand new single ‘Mama’, from the album.

As part of the album launch, Kiss Daniel will be having a concert at the Eko Hotel & Suites on 15th of May, 2016 alongside other supporting A’list artiste for his Album Concert.