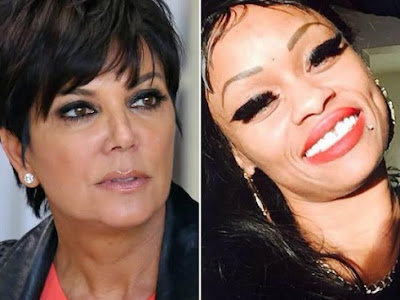 According to reports, the fuming momager rang Tokyo after the comment despite being on a ski trip in Vail, Colorado. Kris apparently tore into Tokyo and demanded that she quickly issue an apology to the family.

An insider told Radar Online: “Kris called Toni in the middle of the night and she absolutely ripped her a new one! Kris told her to apologise right now and to ‘never, ever’ use her family’s name like that again!”

It would be recalled that outspoken Tokyo seemingly crossed the line when she branded the Kardshians ‘reality h**s’ on Instagram on Wednesday.

The source also told the website that Kris is ‘p***ed off’ that Tokyo will be at the wedding – not to mention that they’ll become in-laws afterwards.

However it’s thought Kris holds all the cards because she’ll ultimately be the person paying for the big day.

The insider continued: “Rob and Blac were really upset that Tokyo Toni would do such a thing and they forced her to apologize to Kris and to the entire family. Kris has already offered to pay for this wedding in full.”

“Not only can Tokyo Toni not afford to throw this wedding herself, but Rob and Blac want a fairytale wedding and that is what Kris is planning on giving them.”