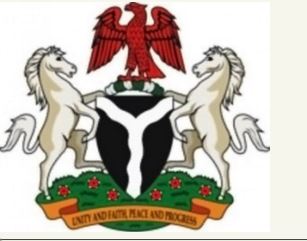 THE Bishop, Methodist Diocese of Onitsha, Rt Rev B.L. Onuagha has bared his mind on the state of Nigerian nation and noted that the amalgamation of 1914 has not fa­voured the Igbo, appealing to the world leaders to listen to the South East and break, off “this monster called amalgamation.”

This was contained in the Bishop’s address to mark the 14th annual diocesan synod of the church. Bishop Onuagha said since the amalgamation was not working in the interest of the components of the federation that the best option should be to dissolve it based on the fact that, according to him, a section of the country was suffering enslavement.

The Bishop cited the activities of the Fulani cattle herdsmen who he said had displaced communities, killed, maimed and burgled the people with impunity and government would remain complas­cent. He described it as an indication that some people were not wanted in the marriage. The synod enjoined the Federal Gov­ernment to make enabling law as regards grazing in Nigeria to avoid bloodletting between the herdsmen and farmers in Nigeria.

“Amalgamation has brought about the erosion of human dignity, the enslavement of a section of the people in the name of one Nigeria. This deadly monster has led to the loss of millions of lives of Igbo and no one is talking about the genocide. Yes, our culture and that of those in question are not the same. Our language is not the same, our customs, our tradition, our faith and our education are not the same. Our values are at variance. Then, why must we be forced to be in a marriage that we do not want and we see that it is not favourable?” the Bishop queried.

He said he was not surprised that a group was crying for separation from the unholy marriage forced on Nigeria by the British government in 1914.
The Bishop noted that even in the entity called Nigeria, there is extreme hardship to the extent that the naira would soon become a piece of paper if not checked. He said fuel was fast becoming a scarce commodity to the extent that the poor could not afford it in a nation that exports crude oil.

He said the synod urged the Federal Government to tread with caution in her quest to deregulate the petroleum sector in order to avoid further sufferings of Nigerians, adding that the refineries should be made to work in full capacity.
“The cost of living is rising daily, as the central government is busy witch-hunting individuals in the name of fighting corruption,” he said.

On Anambra State, the Bishop expressed satisfaction with Governor Willie Obiano, whose government is doing well in providing security, agriculture, education, infrastructure and other social amenities.