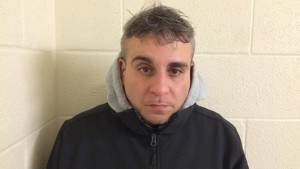 A New York City man has pleaded not guilty after police say they found more than 1,400 bags of heroin stashed inside his body. Vermont State Police say 41-year-old Fernando Estrella of the Bronx was pulled over for a traffic violation early Tuesday in St. Albans. Authorities say a police dog detected drugs but police did not find any in the minivan.

Police say they got a warrant for a body cavity search and 1,428 bags of heroin were removed from Estrella at a hospital. Estrella pleaded not guilty to felony heroin possession, heroin trafficking, heroin importation and violating conditions of his release.

He’s being held Wednesday. It was not immediately known if he had a lawyer who could comment on his behalf. A message left at the public defenders’ office after hours was not returned.