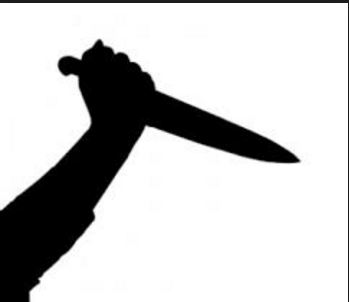 A 25-year-old farmer, Mohammed Tanko, has been remanded at the Federal Prison, Oke-Kura, Ilorin, Kwara State, for allegedly stabbing his friend, identified as Boka, to death for sleeping with his wife.

Tanko of Gorobani village in Kaiama village in the state, was charged before an Ilorin Magistrates’ Court for the murder of Boka whom he suspected to be having extra-marital affairs with his wife.

The police prosecutor, Corporal Abideen Oderinde, had earlier told the court that on February 25, 2016, Mohammed had assaulted Boka because he suspected him having sexual intercourse with his wife (Daya).

“As a result, a fight ensued between them and Mohammed Tanko stabbed Boka with a knife and he died instantly.

Investigation conducted revealed that the accused callously stabbed Boka to death based on information he heard that the deceased had sexual intercourse with his wife,” Oderinde said, adding that the accused was arraigned on a one-count charge of culpable homicide.

When the charge was read to him, Mohammed pleaded not guilty and the Magistrate, M. F. Adebola , ordered that he be remanded in prison while the case was adjourned to April 14, for further hearing.