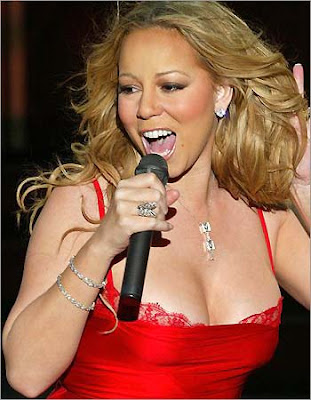 Mariah, who has one of the most thrilling voices in the music industry, just insured her vocal cords and hamstrings for $35 million dollars each. The 46 year old mother of two, who is on tour, insured her most valuable assets because if anything happens to them it could result in a huge loss of profits

Mariah Carey no doubt has the most expensive vocal cords and hamstrings in America … because we found out she’s insured both for $70 million.

Mariah’s on tour now, and it’s so successful she just agreed to extend it to South America. Fact is, there are millions of dollars on the line now, and if anything happens to her major assets it could result in an epic loss of profits.

To guard against all that, our sources say Mariah and company just got a $35 million insurance policy for her voice, and another policy of equal amount for her gams.
We’re told the monthly premium is super expensive … in the many thousands of dollars, but it’s worth it.