Oyo State was one of the three States carved out of the former Western State of Nigeria in 1976. It bears home to many prominent Nigerians such as Professor Dibu Ojerinde, the (registrar of the Joint Admission and Matriculation Board) and many more. INFORMATION NIGERIA in this piece brings to you 6 amazing personalities from Oyo state.

Akande was born to Pa Joseph Afolabi and Chief Mrs. Regina Akande. As a child, he commenced his education at Sacred Heart Nursery School, Idikan, and then St James Primary School, Oke Bola and Abadina School, University of Ibadan. Subsequently, he got into the prestigious Baptist Boys High School, in 1957, which was later changed in 1959 to Olivet Baptist High School, in Olivet Heights, Oyo. Currently, he is one of the richest Nigerian businessmen and devoted philanthropist.

O. B. A. Kola-Daisi serves as Deputy Managing Director and Chief Relationship Officer of Fountain Trust Bank Plc. Dr. Kola-Daisi had a career path change immediately after National Youth Service Corps when in October 1991 he joined the First City Merchant Bank, now First City Monument Bank, as a management trainee. He spent three months in every major department of the bank over a period of fifteen months, before sitting for the Nigeria Stock Exchange Stockbroking Examinations, thus becoming the first Nigerian Medical Doctor/Stockbroker. He excelled in this field and was later presented with the Nigerian Stock Exchange President’s Tie Award, the first and only recipient ever, for his contributions to the development of the stock market, in general, and stockbroking in particular, in Nigeria.

The former Accountant-General of the federation, Jonah Otunla has also been named amongst many top individuals who benefited hugely from the funds that is currently causing ripples believed to have been given him by the embattled former security adviser, Sambo Dasuki. 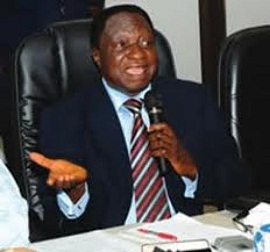 Professor Dibu Ojerinde, the Registrar Joint Matriculation Board of Nigeria

Tafa Balogun was born on 8 August 1947 at Ila Orogun, now in Osun State. He attended the University of Lagos, graduating in 1972 with a B.A. in Political Science. He joined the Nigerian Police Force in May 1973. While a police officer, he gained a law degree from the University of Ibadan. After working in various positions around the country, he became Principal Staff Officer to former Inspector-General of Police, Muhammadu Gambo, then Deputy Commissioner of Police in Edo State, and then Commissioner of Police first in Delta State and then in Rivers State and Abia State. He was appointed Assistant Inspector General of Police in A.I.G Zone One Kano, the position he held when promoted to Inspector General of Police on 6 March 2002.

In November 2001, as A.I.G., Tafa Balogun reassured reporters that there were provisions to ensure the safety of businessmen in Nigeria through the called Diplomatic Corp and Foreign National Protection Unit. 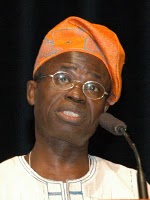