Missing Kids: We Don’t Know How Corpses Got Inside Our Church Compound – Church 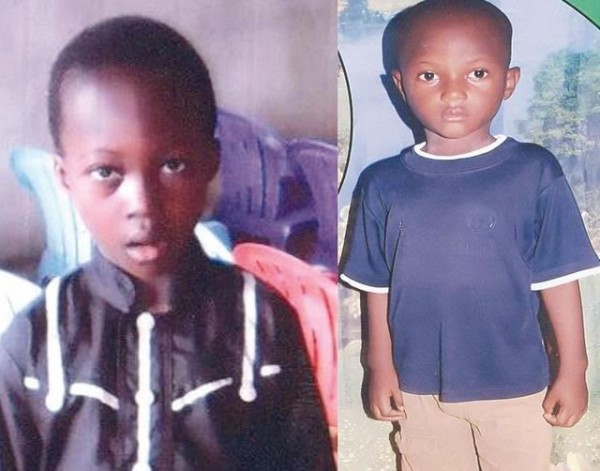 The Christ Crusaders’ Deliverance Ministry at Matogun in Lambe area of Lagos state says it is still in shock over the allegation that the corpses of two missing children were found in the church premises.

This came after the pastor of the church, Babatunde Olakunle, and a church worker, Adewale Babalola were arrested upon the discovery by the police.

The Punch reports that the police recovered the bodies of a six-year-old primary 2 pupil, Ayegbo Isaac, and Innocent Ayomide, 4, a Nursery 1 pupil in the church premises.

The kids had been declared missing on Sunday, only for their corpses to be recovered on Tuesday.

The children, after taking their lunch on the said day, were playing outside Isaac’s residence, which was opposite the church, when they reportedly went missing.

The police found the bodies inside the church’s vehicle after a futile two-day search.

In a statement on Wednesday, the spokesperson for the church, Mr. Yemi Adebisi, said the corpses were ‘dumped’ on the premises.

“We are not aware of how and when the corpses managed to get into the said vehicle.

“On the issue of the widely reported slippers allegedly found inside the vehicle, the church is also not aware.

“The vigil that was held that night on the premises is a routine event of the church. It was the church that reported the incident to the police immediately the corpses were discovered.

“And this is because the church has no ulterior motive and was totally unaware of the origin of the said corpses,” the statement read in part.

Meanwhile, there was heavy police presence on Wednesday at the church premises.

According to reports, the armed policemen were deployed in the church to protect the scene where the corpses of the two kids were found.

The police, numbering about 20, were stationed with their vans at the entrance and exit points of the church as well as on the premises.

The Ogun State Police spokesperson, DSP Muyiwa Adejobi, who confirmed the report, said the presence of the police in the area was to forestall a breakdown of law and order and protect evidence for investigation.

According to him, “The policemen are to protect the scene of the crime and the church from being attacked by angry youths.”

On his part, Ayomide’s father, Nouanti Innocent, said he had a strong feeling that the perpetrators of the act were insiders.

He said, “There is no doubt those who killed our children were from that church.

“All I want is to get those who killed them arrested,” Mr. Innocent added.