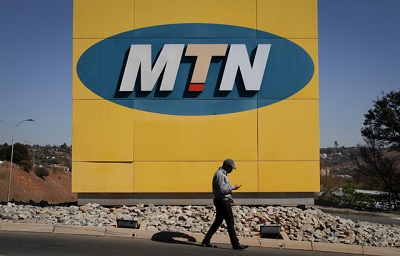 Minister of Justice and Attorney-General of the Federation (AGF), Mr. Abubakar Malami, yesterday said no one should consider the N1.4 trillion  slammed on telecommunications giant MTN by the Nigerian Communications Commission (NCC) a fine binding on the company.

Malami said this when members of the Saheed Akinade Fijabi-led committee quizzed him over his role in the out-of-court settlement with MTN. He maintained that such monies could only be termed as a fine based on a pronouncement of a law court.

The AGF also contended that his resolve to wade into the issue surrounding the out-of-court settlement was in line with the provisions of Sections 86 and 87 of the NCC Act which permits him as a key operative of the Executive arm to exercise such oversight function.

“What has been imposed by the NCC is not a fine in the strict sense, it was a penalty and substantially certain part of the NCC Act was categorical on that. So, a penalty is different from a fine because a fine can only be imposed by a court of law after due determination of a penal case when an offence of guilt is eventually entered. So, what has been happening about the imposition of the NCC is an imposition of penalty and not a fine.

Malami also justified why he ordered that the N50 billion initial payment by MTN be lodged in the asset recovery account as against lodging it into the consolidated revenue account that belongs to the three tiers of government.

He insisted that he had not violated the constitution, which specifies that all government monies be paid into the consolidated revenue account, because the out-of-court negotiation with MTN is yet to be conclusive.

Faulting the notion that he had usurped the powers of the NCC going by the role he played on the issue, he said as far as he was concerned, there is yet to be an out of court deal with MTN.

“I have never made reference to the inconclusiveness of negotiations. I stated clearly that no negotiations had taken place. They only put their positions in writing and accordingly circulated to the stakeholders,” he said.

With Malami failing to explain clearly why he asked that the initial N50 billion paid by MTN was not lodged into the consolidated revenue account, the lawmakers summoned the Minister of Finance, Mrs. Kemi Adeosun, to appear before it to shed light on the whereabouts of the N50 billion initial payment by MTN.