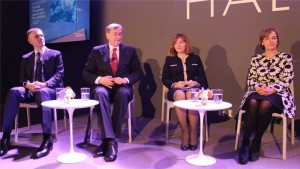 For the first time in the United Nations’ 70-year history, candidates have taken part in public questioning by foreign delegates. Representatives from the 193 member states were eager at Thursday’s session to know their stance on pressing issues, including the refugee crisis, the future of peacekeeping missions, gender equality, the economic impact of sanctions, peace talks in the Middle East, and implementing the ambitious 2030 Agenda.

The world is changing rapidly as it faces a surge of transnational conflicts, poverty and inequality, the largest refugee crisis since World War II, and dwindling resources in the least developed countries. One person – the leader of the UN – is supposed to represent the interests of all seven billion people on our planet.

But with a torrent of crises spanning the globe and calls for an overhaul of the UN getting louder amid several scandals, it will not be an easy job. Nine people think they are up to the task and want to succeed Ban Ki-moon as secretary-general, whose second five-year term ends on December 31. “For the most difficult job in the world we now have the most difficult job interview of the world,” said Mogens Lykketoft, the president of the General Assembly.

Over the course of three days from April 12-14, each candidate was given two hours each to speak in front of a crowded General Assembly. People from 70 countries also submitted more than 1,000 questions on social media under #UNSGcandidates. “We are sailing into uncharted waters here,” Lykketoft said.

The televised debate is meant to make the selection more transparent, inclusive and unbiased. This public scrutiny is also intended to hold the future leader accountable to promises made during the candidacy. The change ends the UN member states’ long-felt frustration that the five permanent members of the Security Council – the US, Britain, France, China and Russia – held sole power over selecting the secretary-general, which they did behind closed doors – until today.