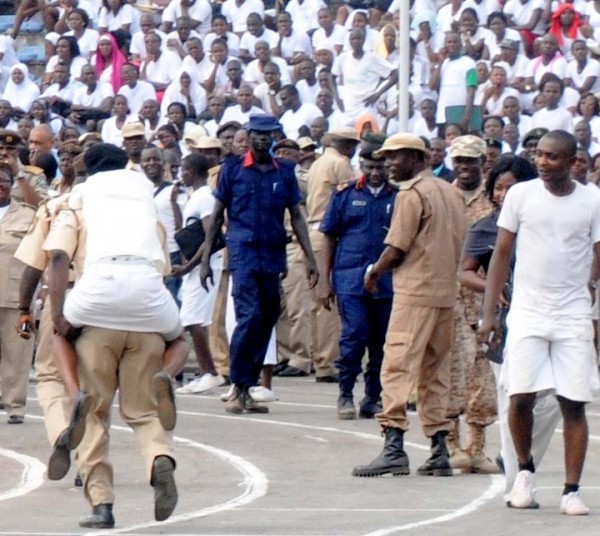 The Federal Government has given automatic employment to 105 candidates and relatives of the ill-fated 2014 Nigeria Immigration Service (NIS) recruitment as compensation for those that died and sustained injuries during the exercise.

This was contained in a statement issued in Abuja on Monday by the Permanent Secretary, Ministry of Interior Mr. Bassey Akpanyung.

The statement said after due verification, employment was given to three family members of each deceased applicant from the aborted exercise, of which 15 families were identified, and a total of 45 family members selected.

It said that 60 others who were injured in the exercise were also given employment after verification by relevant government agencies.

“After verification, 15 families were identified, and a total of 45 family members selected from the deceased families.
“Similarly, approval was given for those who were injured in the same exercise to be employed.

“After due verification by relevant agencies of government, 60 of those affected were considered for appointment”, it said.

The statement added that the two categories of beneficiaries are now undergoing training at various camps of the NIS in compliance with the presidential directive.

It also said that the recruitment conducted by the Special Presidential Committee constituted in the wake of the aborted exercise of March 2014, was being looked into.

The ministry advised those affected in the exercise to remain calm and observe decorum while the ministry resolves the matter.

It was reported here that 2,000 recruits into the service, who underwent three months induction training exercise but were suspended, staged a peaceful protest on Monday at the Ministry of Interior’s headquarters in Abuja, demanding their reinstatement.