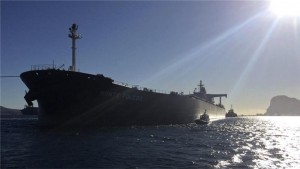 When the Organisation of the Petroleum Exporting Countries (OPEC) and other major oil producers conclude their meeting on Sunday, analysts hope that an agreement to freeze output will reassure global energy markets that the recent recovery in prices is sustainable.

The group’s ability to deliver a deal, however, has been cast into doubt by infighting and conflicting statements in the run-up to Sunday’s gathering in Doha, Qatar. Uncertainty over the outcome has also added to market volatility, with some analysts sceptical that even if a freeze is agreed upon, it will have much impact on prices in the short-term.

“A decision to freeze production may not trigger an immediate upsurge in oil prices, [but] risks are on the upside as overcapacity would gradually start to normalise   Last week, Kuwait’s OPEC governor, Nawal al-Fuzaia, suggested in widely reported comments that the meeting would reach an initial agreement on freezing output.

Saudi Arabia is OPEC’s most powerful member, but according to Alejandro Barbajosa, the vice president of crude and LPG for the Middle East and Asia-Pacific region at Argus, Iran is not about to compromise with its regional rival. “Iran is by no means ready to agree to a production freeze just as it aims to recover lost market share because of recently lifted sanctions,” Barbajosa said.