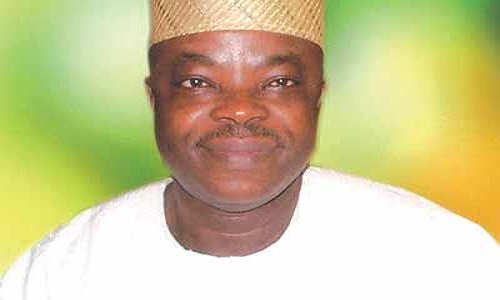 A former Minister of Mines and Steel, Alhaji Sarafa Tunji Ishola, has said the All Progressives Congress, APC, is only good at criticizing but don’t know how to perform.
This is just as he claimed that the Peoples Democratic Party (PDP) is still in charge of politics in Nigeria despite having the APC at the helm of affairs.
Mr. Ishola disclosed that it took a lot of support from PDP members for APC to win the 2015 general election, adding that the governing party is still a political movement and not yet a party.
According to him, without the collaborating efforts of some aggrieved PDP members, who formed the new PDP and later joined forces with the APC, the victory of the latter last year would have been near impossible.
The former minister, who further described the APC as Jonathan Must-Go political movement which joined forces with aggrieved PDP members to send out the then president, said the current internal crisis rocking the governing party was because it was not yet a political party and members did not have the same political ideology.
Explaining the situation further, Ishola said the four legacy political parties which joined forces with the defunct new PDP were only in charge of nine states while the former were in charge of five states out of the 36 states in the country.
He argued that if a party was in 22 states out of the 36 states before the 2015 election and today they have accomplished the purpose for which they joined forces, for them to continue to stay together when they don’t have the same agenda any more, will be difficult.
He said: “Their secret has now come into the open, and the future of APC will be determined by their ability or inability to manage their stay together”, he said.
The former minister stated that since the current deputy Senate president is a PDP member and the Senate president, was once a PDP member, the party is more or less in charge of the Senate.
He also spoke of the civil service, which he said is full of people employed by the PDP for many years, strengthening his argument that the party is still great and wields influence in all facets of the nation’s landscape.
Mr. Ishola also stressed that the APC thought governance would be easy but it knows better now that it is in the corridor of power.
“Now that they are there they have realised that the passengers view always change when they leave back seat and come to the driver’s seat.
“They said they will hit the ground running but they are now grounded instead of running because APC knows how to criticise but don’t know how to perform”, he said