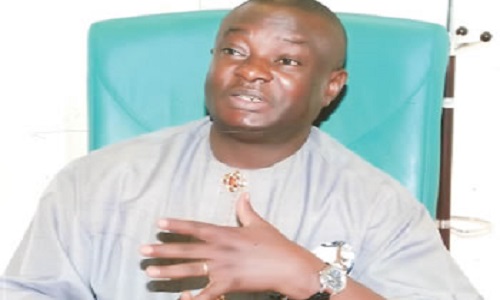 A member of the House of Representatives, Hon. Uzonna Nkem-Abonta, has described the Senate’s proposal to abolish the host communities fund, the Nigeria National Petroleum Corporation (NNPC), the Petroleum Products Pricing Regulatory Agency (PPPRA) and other subsidiaries of NNPC in its new proposed Petroleum Industry Bill (PIB), is selfish.

Nkem-Abonta, who represents Ukwa West/East Federal Constituency of Abia State on the platform of the Peoples Democratic Party, PDP, expressed this view yesterday while speaking with National Assembly correspondents in Abuja.

According to the lawmaker, laws are made to correct anomalies of the past but what the Senate is planning to do will rather compound the situation in the oil industry, which government and stakeholders are seeking to resolve.

He said: “The Senate is being parochial in its proposal. Every law is made to correct a lacuna. Host community funds means a certain percentage of revenue generated from the exploratory activities of oil is retained for the development of the host community.

“So, when you take it out of the PIB, you are indirectly saying the host communities are not important. This is not right. Mind you, the degradation of the environment is not peculiar to oil producing areas.

“If you go to Jos in Plateau State, there are still suffering from adverse effects of long period of mining activities”.

Nkem-Abonta, who is Chairman of the House Committee on Public Petitions, also called for the entrenchment of fiscal federalism in the country explaining that if both states and federal governments are jointly involved in the exploration of minerals, the tension created by the attention given to oil would be reduced.