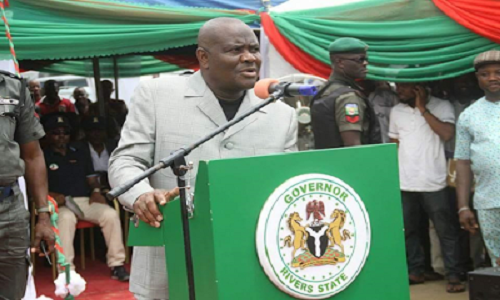 The Rivers State Government on Monday said it had uncovered plans by the All Progressives Congress, APC, to arrest chieftains of the Peoples Democratic Party, PDP, in the state on trumped up charges.
The Commissioner for Information and Communications, Dr Austin Tams-George, raised the alarm in a statement issued in Port Harcourt.
He said: “It has come to the attention of the Rivers State Government that some faceless individuals and groups in the state, sponsored by the All Progressives Congress, APC, have written petitions to security agencies, making frivolous allegations against chieftains of PDP and top government functionaries in Rivers State.
“The aim of these petitions is to instigate another round of politically-motivated arrests and harassment of innocent individuals. It is also part of a plan to conduct unlawful raids on the homes of government officials and leaders of the PDP in Rivers State.
“Rivers State Government strongly condemns this latest attempt to disturb the peace of the state and wishes to warn that intimidation and unlawful arrests by security forces will be resisted by the people of the state.
“Governor Nyesom Wike urges the people of the state to remain vigilant and go about their businesses without fear. The governor also asked security agencies to always act within the law and to refuse to be used by desperate politicians who have been rejected by the people of Rivers State”.